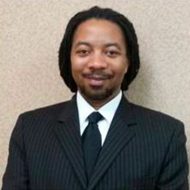 Dana is a Seattle native that spent some of his childhood in Central Alabama. He returned to Seattle and attended then South Shore Middle School where he was first introduced to MESA. He participated in several MESA programs until graduating from Rainier Beach High School. He returned to Alabama to attend the historic Tuskegee University where he received a BS in Aerospace Engineering. He has worked at the Boeing Company in the Puget Sound area for 16 years. Dana has been an active member of the Seattle MESA Advisory board and is the current chairperson.