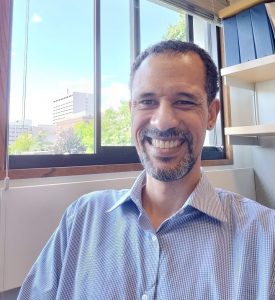 Seattle MESA Director, was a MESA student in Mr. Ron Davis’ class at Garfield High School, where he was exposed to a transformative new world. His experiences in the MESA Program led him to The University of California, Berkeley where he earned a degree in Applied Mathematics with an emphasis in Quantum Mechanics. After finishing at Berkeley, he returned to Seattle and in 1999 I was hired as the Seattle MESA Assistant Director, a position that he stayed in for over five years. In 2004, he left MESA to get a Master’s Degree in International Energy and Technology Policy from Johns Hopkins University – SAIS, in Washington, DC. While in Washington, DC, he worked on issues related to technology and development in Africa, eventually moving to Uganda to open a tech incubator where he provided space and resources for recent graduates from a local university to learn about and work on renewable energy and IT projects. Now that he is back in Seattle, he’s thrilled to have the opportunity to lead an organization that has meant so much to so many young scientists and engineers, and to make sure that MESA students are prepared to pursue studies in STEM related fields, as they continue to be a part of what makes Seattle such a dynamic city. 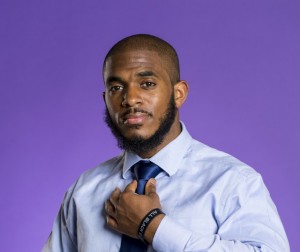 Is the Senior Coordinator, specializing in STEM content creation, facilitation, and inspiration at the high school levels. Born and raised in Brooklyn, New York, Brian adds more East Coast flavor to the group. He has an undergraduate degree in Life Sciences from Rutgers University, with a concentration in marine science, and a Masters in Mariner and Environmental Policy from the University of Washington. With research projects that have ranged from upstate New York to the western most borders of U.S. territory, Brian has extensive experience in marine and environmental science field work. Through his commitment to the dissemination of science information, he made his personal mission to be involved in science outreach, especially to non-white and marginalized communities. Although hired in 2015, he was a mainstay and lead volunteer with the program for over two years during its infancy in the College of the Environment. One peek at his activities at the University of Washington, and it becomes apparent that he has a relentless dedication to the mission of MESA, and to social and educational justice. Brian led and/or sat on numerous executive committees that centered on equity and advocacy at the student, faculty, and executive levels. Despite his accomplishments, Brian is most excited to be a part of Seattle MESA team and contribute to the enrichment of young minds. Outside of MESA, Brian leads an active life revolves around mentorship, rigorous study, and the constant pursuit of self-mastery. 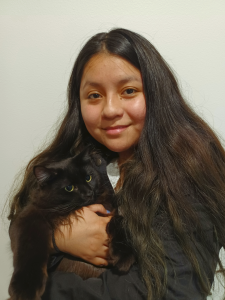 Urpi is the new program coordinator at the MESA program, born in Cusco, Peru Urpi migrated to the United States in 2008. She grew up enjoying art before discovering her love of science, after enrolling in an environmental science class at Garfield High School.  This propelled her curiosity in topics about climate change and environmental justice. After graduating in 2016, Urpi attended Seattle Central College, enrolling in the MESA program, and becoming a MESA student ambassador. The MESA program helped her apply for scholarships and prepared her to transfer to the University of Washington. In addition to being a MESA Student Ambassador, she also joined the Seattle Central SACNAS chapter (Society for the Advancement of Chicanos and Native Americans in Science).

Urpi graduated from the University of Washington College of the Environment in 2021 with a bachelor’s degree in Environmental Science. She is currently part of the Board of Directors at the Reclaiming STEM Institute which focuses on supporting underrepresented scientists. She hopes to merge science and art together. 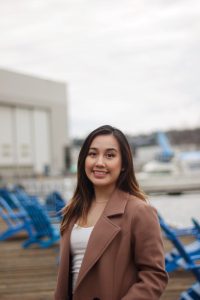 Breanna is a Student Assistant and a bioengineering student going into her senior year, and would like to work on research and design of medical devices in the future. She is passionate about STEM and looks forward to learning how all the different scientific subjects come together to make up the interdisciplinary field of bioengineering. She has been involved in MESA since she was enrolled in community college, and worked for the program as the Lead Academic Excellence Workshop (AEW) Facilitator. In that role, she developed a curriculum regarding how to connect with others, run a workshop, and tutor complex STEM subjects. MESA also helped her with the transferring process from community college to university, and supported her through networking, internships, and scholarship opportunities. From working in MESA, Breanna enjoys helping students in STEM grow academically, and cherishes the opportunities that MESA also gave her. Breanna is excited to continue working for MESA in university to drive academic enrichment in underrepresented populations.